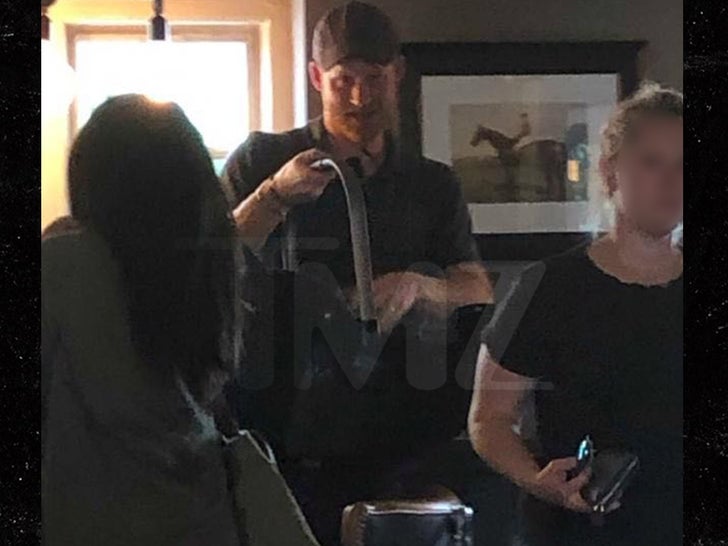 Prince HarryandMeghan Markleare giving their royal baby a taste of the commoner's life by attempting to go undercover for an ordinary day at a British pub.

The Duke and Duchess hit up The Rose & Crown in Windsor, England and as you can see in photos obtained by TMZ ... they blended right in with their infant son,Archie.

Harry had a tight grip on Archie's car seat while Meghan lugged some more baby gear, during the family outing a few Sundays back. The royal tyke, who was less than4 months oldat the time, had a blanket over him and appeared to be napping.

Instead of taking in a cricket or football (soccer) match on the telly ... we're told Archie kept pretty damn quiet for the 2 hours the family was there. Not a single peep outta the little guy -- even when Mom changed his nappy, (that's what they call diapers).

Mom and Dad enjoyed a roast dinner, the house specialty, and Harry helped himself to a couple of pints while Meghan settled for water. We're told they were treated just like all the other patrons -- who didn't bother the royals at all. So much so, one witness said it almost seemed like many customers didn't even recognize them.

They weren't all that incognito though ... with private security and 2 police officers in tow.

By the way ... the pub is just a stone's throw away from Frogmore Cottage, where Harry, Meghan and Archie live. 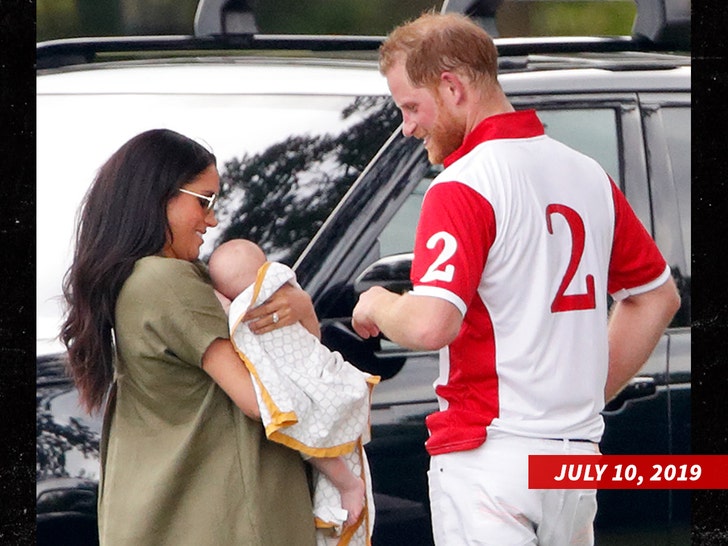 The pub visit seems to be the first low-key public outing they've made as a family since Archie's birth in May. They were all out together in July, but that was forDad's polo match... which is always a public spectacle.

Welcome to the pub life, Arch ... you're officially a Brit.